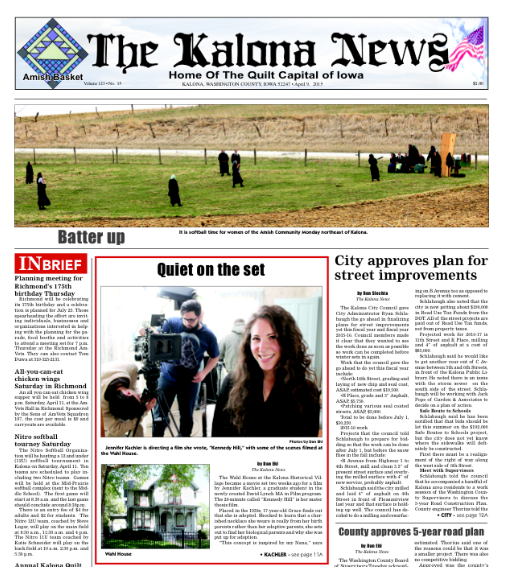 Quiet on the set
By Dan Ehl

“The Wahl House at the Kalona Historical Village became a movie set two weeks ago for a film by Jennifer Kachler, a graduate student in the newly created David Lynch MA in Film program. The 20-minute called “Kennedy Hill” is her mater thesis film.”

…Most of the filming was done in the second floor of the Wahl House, which is closed to the general public.

Read the full article at The Kalona News